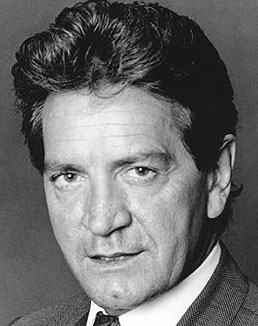 Currently Patrick is appearing as Rodney in EMMERDALE for ITV.

Patrick Mower is one of Great Britain’s most popular and well known television faces having made over 500 TV appearances, but it is theatre that is his first love. After winning a scholarship to the Royal Academy of Dramatic Art, Patrick was immediately chosen to star in the musical HOUSE OF CARDS at the Phoenix Theatre. This was the first of a long list of West End plays including CAESAR AND CLEOPATRA, JOHN GABRIEL BORKMAN with Sir Donald Wolfit and Dame Flora Robson, (both at the Duchess), TWELFTH NIGHT (Royal Court), A BOSON STORY (Duchess), ST. JOAN with Eileen Atkins (Old Vic), Stoppard’s NIGHT AND DAY with Maggie Smith (Phoenix), Odet’s COUNTRY GIRL (Apollo) and SEVEN YEAR ITCH (Albery Theatre).

In Soho he ran his own theatre, The Act Inn, producing and directing and as a member of the Theatre of Comedy, he starred in WIFE BEGINS AT FORTY and RUN FOR YOUR WIFE at the Criterion Theatre.

Extensive television credits include starring in five series of his own HAUNTED, FRONT PAGE STORY, CALLAN, SPECIAL BRANCH and TARGET. Patrick played the title role in PEER GYNT, Edmund in KING LEAR, CZECH MATE and the series DARK SIDE OF THE SUN: also the twelve hour epic MARCO POLO for RAI Television in Rome. He has also ‘guest starred’ in many major TV series including HAMMER HOUSE OF HORROR, THE SWEENEY, MINDER, BERGERAC and TALES OF THE UNEXPECTED.

Films include THE DEVIL RIDES OUT, BLACK BEAUTY, THE SMASHING BIRD I USED TO KNOW, DOCTOR WEARS SCARLET, THE DEVIL’S ADVOCATE, CATCH ME A SPY, CARRY ON ENGLAND, CRY OF THE BANSHEE, ESCAPE FROM EL DIABLE, ONE WAY, TRIPLE EXPOSURE and MONELLA.

He has appeared in Rodger’s and Hart’s THE GIRLFRIEND, Francis Durbridge’s THE SMALL HOURS, Robin Hawdon’s REVENGE with Fiona Fullerton and Edward Taylor’s MURDER BY MISADVENTURE. He gave a ‘brilliant and barnstorming’ performance in RULES OF THE GAME, toured the UK in LADY CHATTERLEY’S LOVER, and also appeared with David Soul in Bill Kenwright’s CATCH ME IF YOU CAN.

He shot the feature film THE KID and then went to South Africa to work on the first episode of the ITV cult series THE NEW PROFESSIONALS.

Patrick starred in LOVE LETTERS and SIGNALMAN both at the Theatre Royal, Windsor, ALADDIN in Redhill and in the UK Tour of BING, BONG alongside Denis Waterman.

Patrick recently completed the popular childrens TV series THERE’S A VIKING IN MY BED playing the dual role of Mr Thripp and his twin brother Gerald.

Patrick plays golf, cricket and tennis for fun and for charity being a patron of SPARKS and the Variety Club.